I’ve been eyeing up the hills near Ben Alder for a while now so when Chris also mentioned that he was up for a big day we started making the plans.

The forecast looked great with wall to wall sun. Chris dropped round on Saturday night to pop my stuff into the back of the van to save time in the morning. It would be an early 5:00am start from Dunfermline, a 90 minute drive up to Dalwhinnie and park at the train station (trying to avoid the dozens of rabbits that were running around the road).  The midges were out in force at Dalwhinnie so we “smidged up” prior to getting the bikes out and then set off for the  steady 15km cycle along Loch Ericht to Ben Alder Lodge. The track then turned up hill over towards Loch Pattack and finally along a very rough landrover track to Culra Bothy.

As we were approaching the bothy it we could see that the fine forecast had drawn a healthy crowd. We counted at least 16 tents dotted along river near the bothy. Indeed we were to talk to a few over the day that had either camped on the summits or at the west end between the hills.

We chained up the bikes at the bothy (beside the other dozen that were already there) and climbed the steep heathery bank up to the ridge for Carn Dearg. Tough and rough but not too long the going got easier and eventually found the path up stonier ground to finally top out on Carn Dearg. Fine views all around but with a particular dramatic and restful Ben Alder to the south.

Looking west from our first top Geal Charn appears as a wide plateau after a climb from the col. We past a few people along this section – a family of four that had cycled in from the Laggan road and camped overnight to the north of the ridge, a woman from Dumfries who had cycled in the night before and was camping for a couple of nights with the intention of covering all 6 hills,  and a couple of lads from Glasgow, who like us, had travelled up early and cycled in from Dalwhinnie. All of us with the common purpose of knocking off these 4 hills.

Stopping briefly on Geal Charn we moved to Aonach Beag as it looked close and we thought we could get there in quick time. It was a quick one as we dropped down and rose up an easy incline to top out at the cairn in about 25 mins.

The final final summit of the day required a bit more work but we were able to leave the bags at the col and climb the steep and eroded path up to Beinn Eibhinn. From here the views to the west were really quite stunning – Loch Ossian and Ben na Lap in the foreground and the full broadside of the Glencoe hills in the back. It was worth stopping for a few minutes to take it all in.

Once the hills were over we dropped down to Allt a Beallaich Duibh to find the path that climbed back up to Bealach Dubh before the 3.5km trek back down the track to pick up the bikes at Culra Bothy.

Relieved to find that the bikes hadn’t been nicked (although no-one in there right mind would have stolen my old bike) we unchained them and headed down the hill toward Loch Ericht and back to the car at Dalwhinnie train station.

Fantastic day with great company – we will just need to do something similar to get Ben Alder and  Bheinn Bheoil next time. 🙂 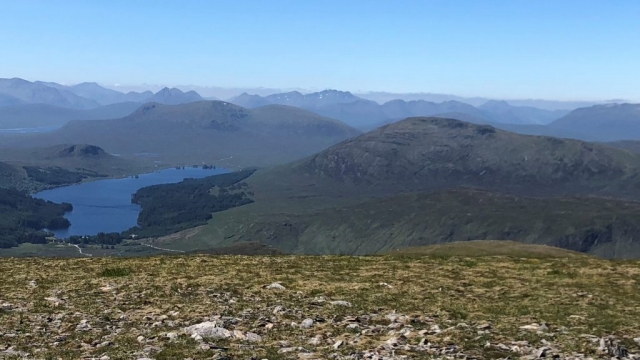 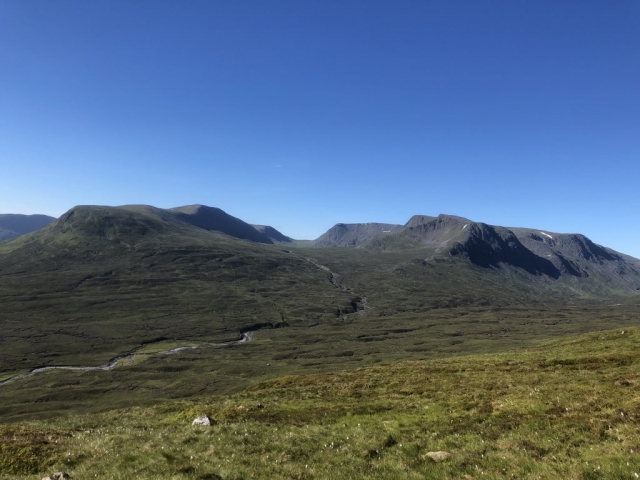 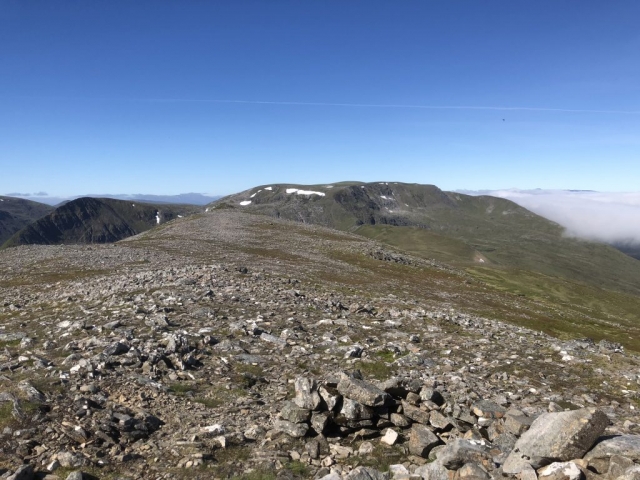 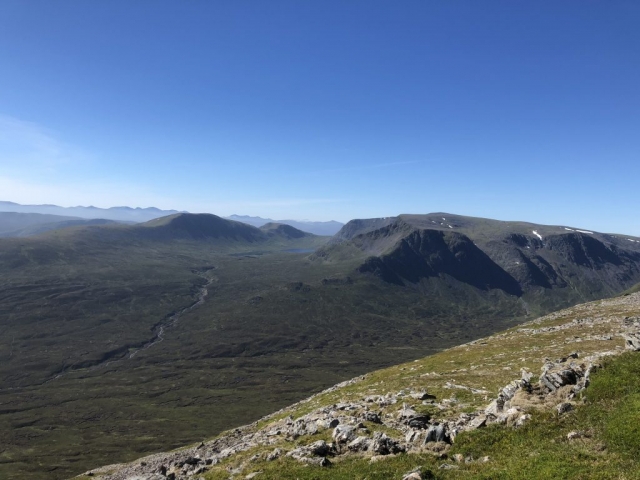 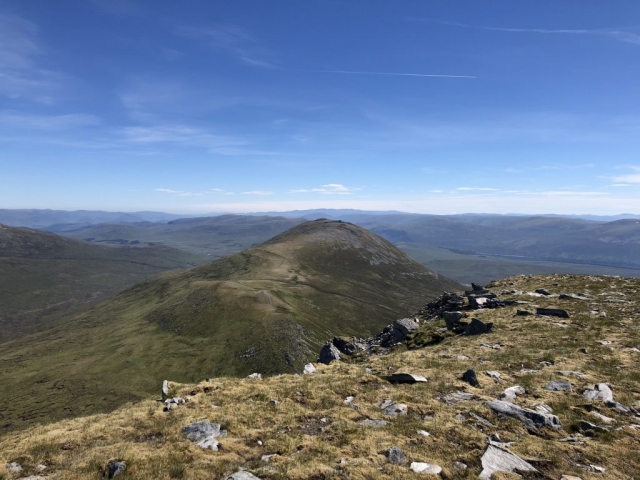 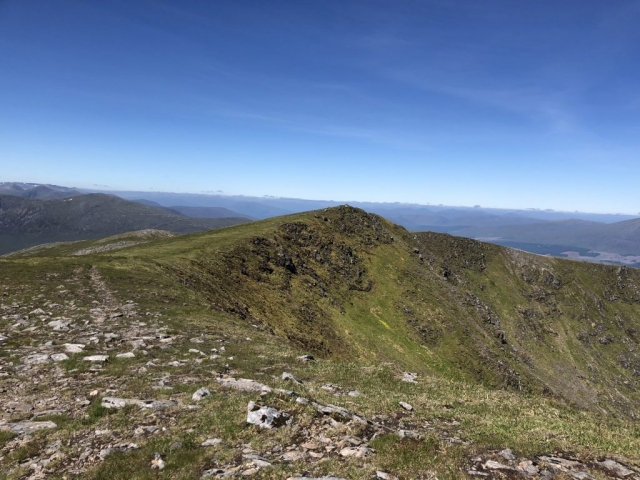 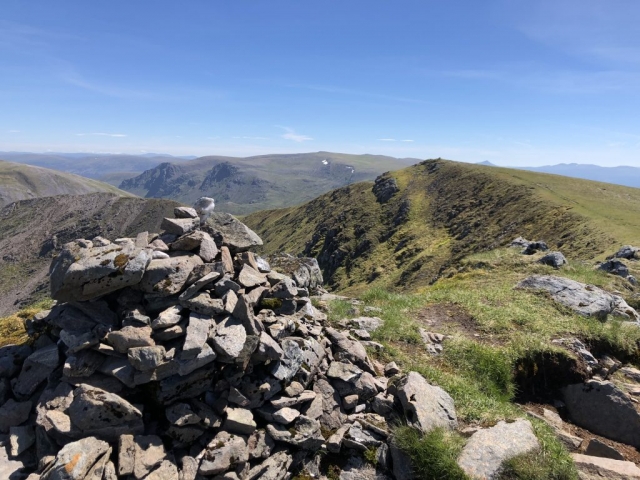 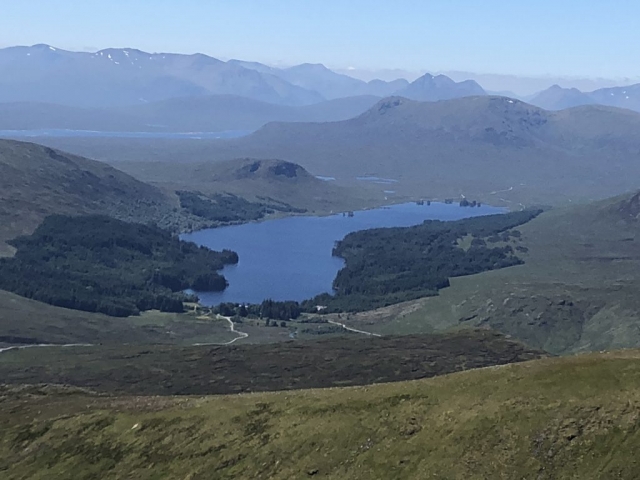 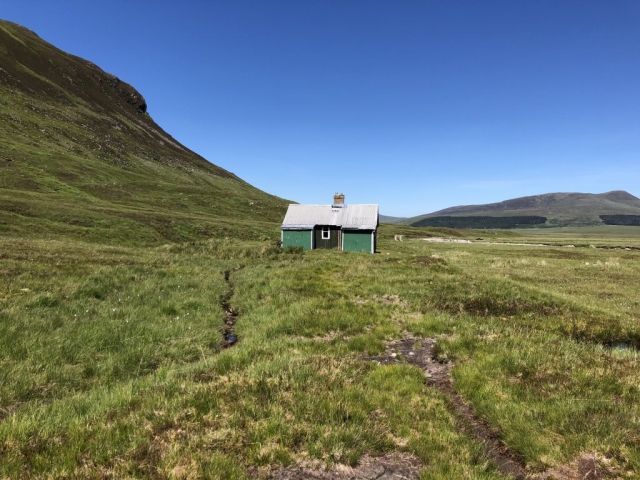 David Thomas – Final Munro – The Lord of the Flies